Made in India: UFlex's F-WSP film 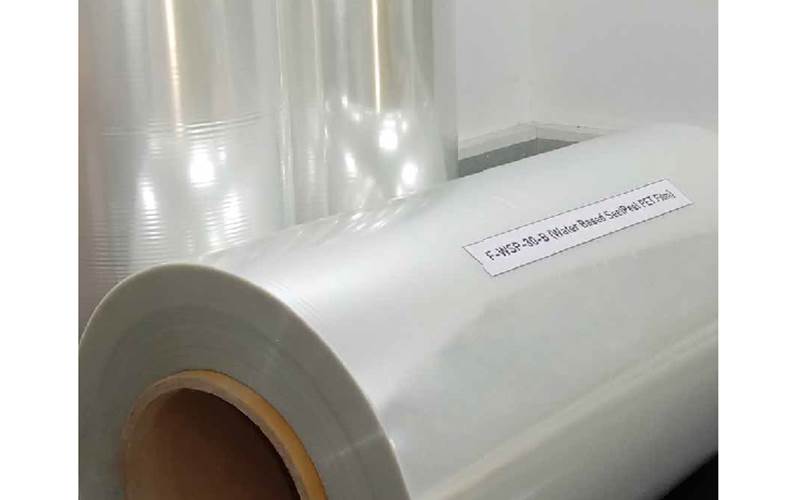 The film is used for lidding rigid food containers made out of APET, RPET or PVC

The F-WSP film from UFlex is a transparent BOPET film with a water-based heat-sealable coating and a peelable surface on one side. According to Anand Prakash Gupta, head of innovations, Packaging Films at UFlex, the F-WSP film is suitable for all applications where packaging involves heat sealability and smooth peelability of the lid or pouch.

The film uses a green and environment- friendly water-based coating formulation, applied through gravure coating technology. The formulation has been created at UFlex's R&D centre. The film is currently available at a thickness of 30-micron, which can be customised as per customers’ request.

The company is expanding its global footprint further with new plants in Hungary and Nigeria. It also recently announced the launch of a greenfield project in Karnataka with a BOPET and CPP film line that will have a cumulative capacity of 63,000 TPA. The group will be adding 18,000 TPA of production capacity with the set-up of a CPP line in its Dubai facility as well.

UFlex has been serving its patrons with impeccable finesse and offers a range of packaging films, including polyester (BOPET), BOPP, CPP, metallised, Alox coated, holography and other high-performance speciality and green films.

Gupta says, the film is more cost-effective compared to conventional lidding films and structures. Since the manufacturing process doesn’t involve any specialised machines or complicated process, it helps in the timely delivery of the product. As the product was recently introduced, the company is targeting the Indian market as a launch platform. “AVI Global, Jagdamba Foils, Panacea Biotech are the first few customers who have experienced the product. In the second phase, we will target global markets,” Gupta says. He adds that across the globe, converters and film manufacturers conventionally either use solvent-based coating formulation which is not good for the environment, neither are the commonly used lamination or co-extrusion methods.

As no extra wastages get generated during its manufacturing, F-WSP has proved to have good productivity parameters. In fact, this product doesn’t release VOCs (volatile organic compounds) in the environment.

It is as simple as using a conventional coated film. Even when compared to the extrusion or lamination process, it is much simpler and convenient. “The film runs as good as any conventional product. One doesn’t require any special training for using the product. One just needs to sensitise and educate the customers that it is greener and environmentally safer to use,” Gupta says.

The USP
According to Gupta, when it comes to such films, customers look for greener alternatives; better transparency compared to the existing ones; smooth peelability; and last but not the least, timely delivery and better price. “Uflex has been able to offer all of these benefits through this film, thereby making our product stand ahead of the competition,” he adds.

The film is used for lidding rigid food containers made out of APET, RPET or PVC. It is also used for the lidding of pharma, medical devices and accessories put in APET or PVC-based thermoformed containers.

As for its USP, the film is green and environmentally safe. Thus, helping brands meet their green goals; it is recyclable; has better transparency; a strong seal which can be deployed even at low temperatures of 140 degrees Celsius, yet is smooth and has easy peelability; and is priced cheaper than other similar products. “Since we don’t use solvents in our coating formulation, F-WSP is green and environmentally safe,” Gupta says. “The film can be recycled along with APET trays.

As compared to conventionally available >10% haze, this film has a low haze of <4%, lending it better transparency. This implies that the see-through ability and clarity offered by the product is much better, which is highly desirable for consumers who are buying the product off the shelves or chemists. Smooth peelability allowed by the film ensures that the product doesn’t get damaged while opening, this provides the end-users ease in opening the food container during consumption.

Best practices
About best practices on the shopfloor, Gupta says all work should be system and process-oriented. “It's always good to have operational excellence practises such as TPM, TQM, Lean, Six Sigma on the shopfloor. It helps the business grow in the long term,” he says.

And when it comes to packaging, Gupta says the future lies in going green with product offerings (be it at the stage of how it is sourced or how it is used) and UFlex is making sure that it can take its customers closer to their green goals.“Recyclable MLP, PCR-grade film, mono-materials and bio-degradable films will definitely lead the industry innovations.

Not just structure but also ancillary materials used in the film will be green, like water-based solutions will replace the use of solvents in inks and adhesives, reducing the harm on the environment,” he adds.