The Ludhiana chapter of OPA seeks to help the print industry in J&K through a direct outreach programme. After the abrogation of Article 370, small printing presses have no work. The shutdown in the Valley has caused workers in small scale units to be jobless. Most of them are fending for themselves since the units are shut and therefore they have no work. 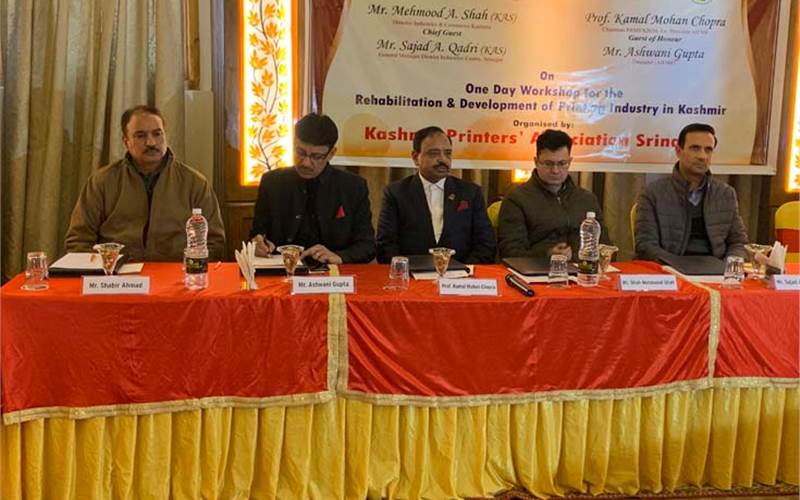 The workshop for the rehabilitation of printing industry in Kashmir

The Ludhiana chapter of the Offset Printers Association (OPA) has decided to extend help in these trying times. Representatives of the All India Federation of Masters Printers (AIFMP) and OPA visited Srinagar and interacted with print firm owners.

Kamal Chopra, former president of AIFMP and general secretary of OPA’s Ludhiana unit said, “The Indian print community must support our brothers in this dire straits. So we have asked Kashmir Printers Association (KPA) to make a list of affected workers/ small printers whom we will be helping financially. We will be visiting Srinagar for this purpose soon. Once we procure the list from KPA, we will return to Srinagar to distribute the funds."

The Kashmir print economy has suffered huge losses in the four months of restrictions and shutdown in the valley following the abrogation of Article 370 and the creation of two union territories out of Jammu and Kashmir, Shabbir Ahmad, president of Kashmir Printers Association (KPA), said.

Shabeer Ahmed spoke to PrintWeek on the sidelines of Pamex 2020: “We have more than thousand print units — big and small — registered with us. Most of these units have had no work since 5 August. A few big units have been able to source work. But all of us, including print firms in Jammu, are encountering hurdles due to no internet services in Valley since August 5. A few of them are going to as far as Delhi to get their work done because of lack of internet."

The KPA team is creating a database of workers which will be sent to OPA’s Ludhiana unit.

Ahmed concluded that the Supreme Court linking internet to Article 19 (1) (g) of the Constitution is crucial. It gives right to carry on any occupation, trade or business. This is critical for Kashmir because many businesses using internet, especially tourism, health, finance and print services have suffered huge losses.