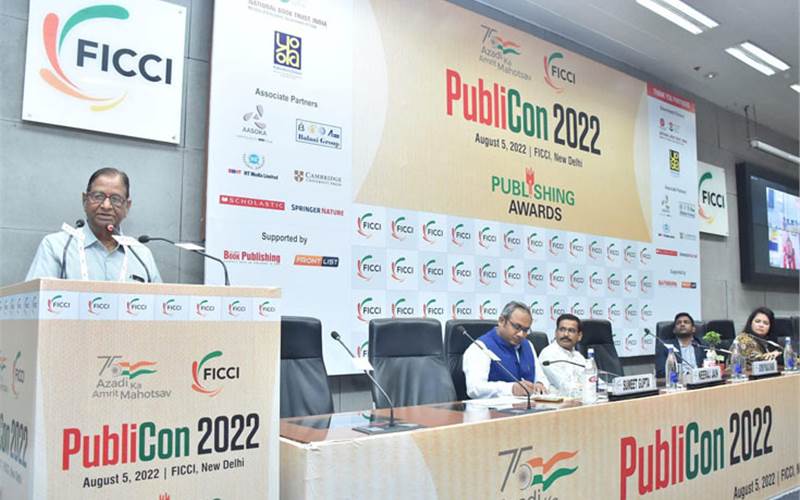 The Black Dwarves of the Good Little Bay published by Hachette won the Book of the Year - Fiction (English), with The Last Queen and Girl in White Cotton, both published by HarperCollins winning the Special Jury Award.

Loss from HarperCollins won the prize for Book of the Year - Best Overall Design. The Special Jury Award was shared by Roli Books for India: A Story through 100 Objects and Pratham Books for Asamo, is that you?

Bloomsbury’s Demystifying Leadership: Unveiling The Mahabharata Code won Business Book of the Year - Business Management. The other winners in the category are Roli Books’ Pandemonium: The Great Indian Banking Tragedy; Bloomsbury’s The Indic Quotient: Reclaiming Heritage Through Cultural Enterprise and HarperCollins’ Azim Premji: The Man Beyond the Billions.

Speaking at the event, Temjen Imna Along, minister of higher education and tribal affairs, government of Nagaland said that the publishing industry will play an important role to move India to a successful nation. “There is a need to create more awareness on the importance of reading books. As the nation moves towards the 21st century, we need to assimilate all of these so that the citizens can derive the benefit of books and the narratives which are set to be at the forefront of nation building,” he said.

The minister emphasised that publishing houses have a very important role to play in India's growth journey. “The new education policy (NEP) also highlights the importance of writers and publishing houses. Today, people prefer the digital format of reading than a physical book,” he stated.

Emphasising on the need of setting up libraries in every district and village of India, Along said, “It is equally important to raise the awareness level towards reading books apart from setting up the library. In today's time, digitalisation is playing a very important role and we need to create a balance between digitalisation and physical books,” he said.

Prof Govind Prasad Sharma, chairman, NBT India, said books play an important role for taking any nation and humanity forward. “The invention of printing started the book culture and a culture of reading. Books are the source of enhancing the scope of knowledge to a large extent. We need to increase the awareness of book culture. Books are friends, philosophers and guides for anyone," he said.

Sharma added that there is a need to ensure that we are able to write books in different languages. “Translation is one area which needs to be given more importance in today's time. The New Education Policy also emphasises on the role of translation. Through translating in different languages, the message can be spread to a larger audience in society. We must focus on increasing our efforts in this direction," he said.

Yuvraj Malik, director, NBT India, said that publishers should position themselves as the knowledge partners of the society.

Neeraj Jain, chair, FICCI Publishing Committee and MD, Scholastic India said that there is immense scope for the printing and publishing industry if the issues related to paper availability as raw material and prices are resolved. “This will also ensure that global printing business come to India," he said.

On starting libraries in every village or district of India. Jain also appealed on launching a new campaign Let's Read to encourage more book reading in line with FICCI’s campaign on Roz Ek Nai Kahani.

Ananth Padmanabhan, co-chair, FICCI Publishing Committee and CEO, HarperCollins, said a book is not just a printed book, but a feeling associated with it. It is imperative for all our publishers to think beyond print and diversify in digital. “There is a clear need to diversify in what we do to publish in various different formats across languages and ensure that we take advantage of technology to introduce more books in the market," he said.