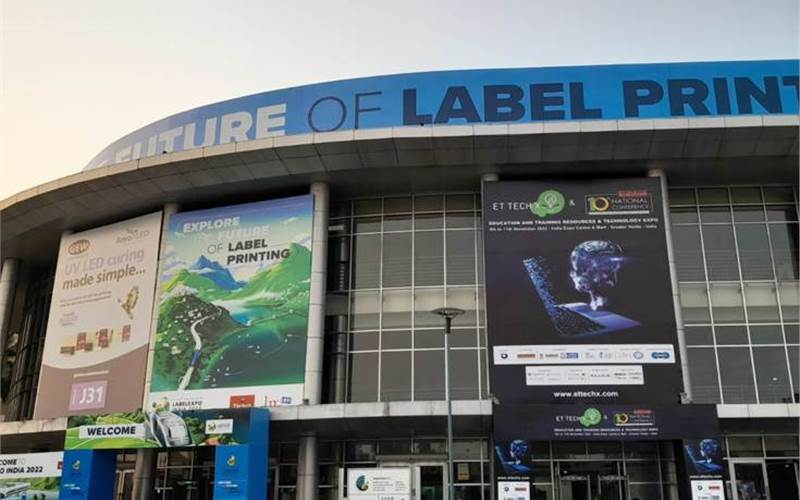 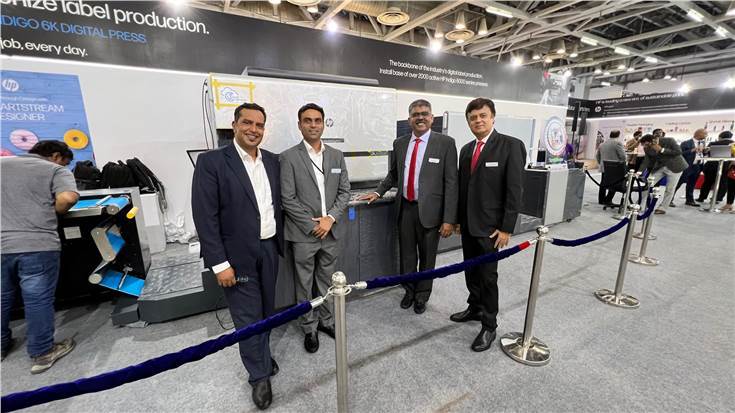 Monotech Systems JetSCI Global sold a ColorAqua Hybrid to Wonderpac. As per the company press release, "The ColorAqua hybrid is a mid-level label printing production press that enables label printers to adopt digital workflow in label printing at a reasonable cost." Had a look at the press. It looks good for pharma jobs as well as food-grade applications. With a print quality of 1600 dpi, customers can print micro text. 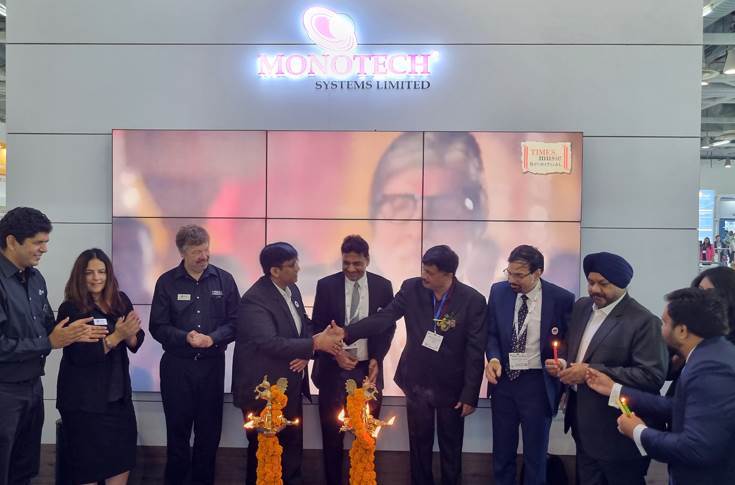 It is for the first time that both the systems are being installed together in Delhi-NCR. There are 12 such machines.

HB Fuller launched an adhesive for precise die-cutting. This is a hotmelt pressure sensitive adhesive (PSA) that is best suited for the tape and label die-cutting challenges. The Swiftmelt 1401-I is expected to cater to various types of label stocks and baggage tags while ensuring that "the bonds will not fail during production, transport, or storage, even during high temperatures."

Quite liked the look of the ArrowJet Hybrid Pro. The team at the stall said it's "a revolutionary, groundbreaking technology for premium labels and flexible packaging."

Also loved the robustness of the RK FMS 320. Saw demos of the eight-colour press with two die-cutting stations. Later we went to the NBG stall and saw the eight-colour 430 mm label press. Very slick.

Today, we are planning to check out Vinsak's Usar 430 machine with VDP, online inspection, die cutting, slitting and rewinding.