Ashok Jaipuria: If I’m not better than my competition, I’ve problems in my business

Since its establishment in 1979, Ashok Jaipuria, the promoter, chairman and managing director of Cosmo Films, has turned the company into a USD 300-million business, producing 2,00,000 tonnes of BOPP and CPP films a year. Jaipuria narrates the journey with Rahul Kumar 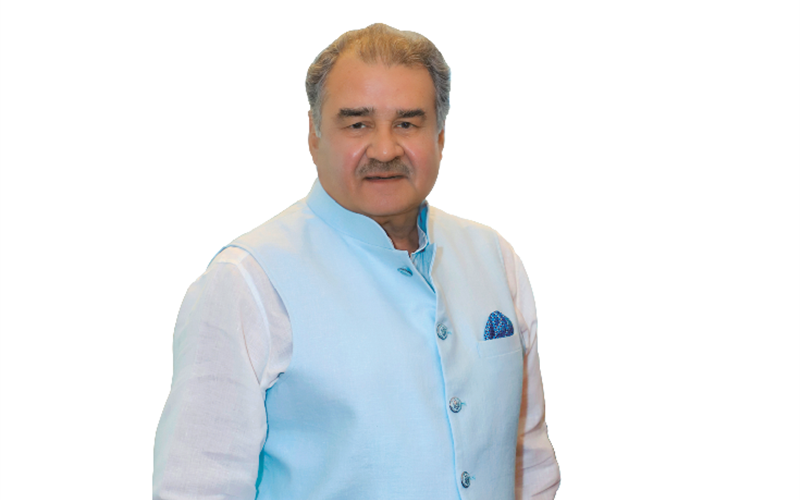 Jaipuria: Packaging is the need of the future and BOPP is a product, which has a competitive cost

Born and brought up in Kanpur, Uttar Pradesh, and coming from a business family (the Swadeshi Cotton Mills and the Swadeshi Polytex, which had a turnover was around Rs 600-crore in 1979), business was in Ashok Jaipuria’s blood. But he decided to chart his own path.

In the 1980s, it was the time of the License Raj. The government decided what to produce and where to produce. “Thanks to this, India as country was industrialised and did not evolve as pockets as is in the case of China,” Jaipuria says. And, when he planned to start his own business, he was recommended BOPP.

“When BOPP was recommended, my logic was simple. Packaging is the need of the future and BOPP is a product, which has a competitive cost. Thus, I was reasonably sure of the success,” he says.

The initial production capacity of Cosmo Films was 800 tonnes per annum. “Today, we produce more than two lakh tonnes of BOPP films per annum with multiple Bruckner and DMT film production lines at different locations,” he adds.

The first Cosmo Films line came up in Chikalthana, Aurangabad in Maharashtra in 1981. The lines in Waluj came up five years later, in 1986, followed by the Shendra plant, both in Aurangabad.

“It was my destiny to enter the BOPP films manufacturing business. My family was happy with the decision, and the director general of technical development gave me inputs, guidance and direction, as that was not the age of internet and Google. Their guidance has been valuable,” he says.

But the project needed money, and Jaipuria did not have the sum. So, he borrowed from friends and took loans. “I needed to submit around 20% of the total cost of the project, the remaining was financed. The government body insisted that we do a ‘public issue’ from day one, and we did,” he says.

Jaipuria says that in film manufacturing, the equipment, recipes, and processing parameters, inclusive of right raw material, is the key to success. “Bruckner has been our major equipment supplier. We have a relationship with Bruckner for the last 40 years. We treat the company as our business partner. We treat our employees, banks, suppliers, shareholders and customers as our own family,” he adds.

He says around 70% of the company’s total production are quality and value-added products. “R&D is the backbone of Cosmo Films. We currently have a team of 30 specialists who are all highly qualified, including doctorates in their respective subjects,” he explains. 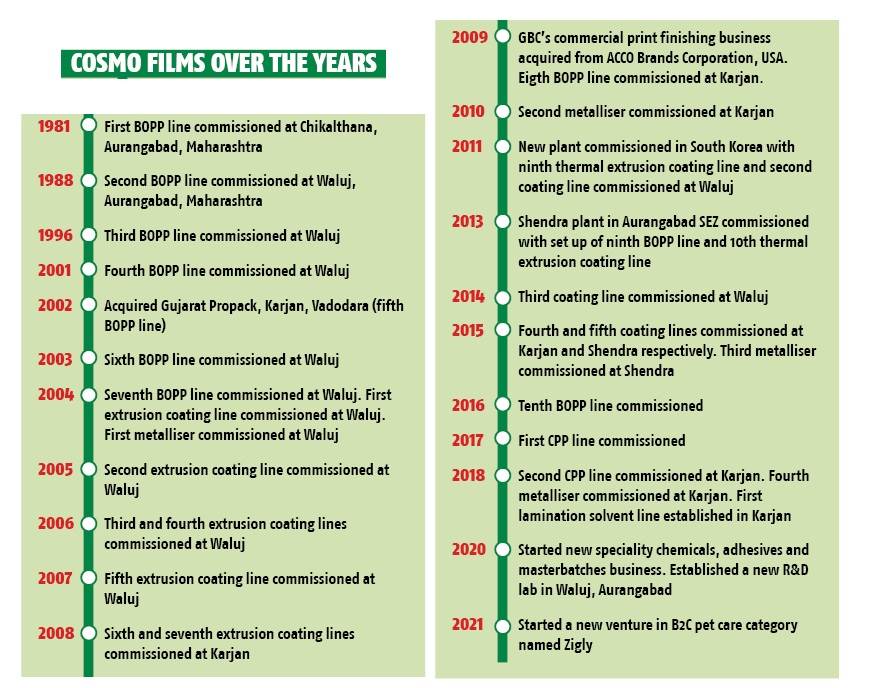 Beyond films
Over the last four decades, sustainability has been the core mantra behind everything Cosmo Films has done. “We have always aimed to offer products and solutions that are eco-friendly. We follow a sustainable development model, which is inclusive of the natural environment,” says Jaipuria. With this vision, the company has diversified from packaging films to speciality chemicals under the banner Cosmo Speciality Chemicals. This was followed by the pet care division, Zigly.

Cosmo Speciality Chemicals produces masterbatches, adhesives, coating materials and other value-added chemicals through innovations based on sustainable science. “We are diversifying into one or two related segments, such as cast polypropylene (CPP) films because sustainability is a major issue. The CPP will play a major role, and will help not only with business growth, but also provide eco-friendly alternatives to our customers,” he says.

For Jaipuria, to be successful in any business needs three things – market, the capacity to offer quality products as per market need, and consciousness about the cost. Your products must not be overpriced. “If you consider these three points, then every business is a good business,” he says.

Another possible area of diversification is polyester films manufacturing. “We are not there yet because we are still considering whether we can do more value addition. The basic rule is, if I am not better than my competition, I have problems in my business,” he says.

He explains, “We are working in the BOPP value-added films market. These are speciality films. That’s why the competition is less. The customers also pay higher prices for speciality films, especially for higher quality, good service and fast delivery. In the entire process, the mindset plays a major role.

The company is looking at more overseas manufacturing facilities as well. But Jaipuria says that now is not a good time as logistics and freight costs are too high. All input costs are high. He gives an example. The cost of energy in Europe is Rs 35 per kg and in India, it is Rs 8 per kg. How will they compete?

Born in 1953, Ashok Jaipuria has a degree in Business Administration and Marketing Science (1973), and a diploma in Marketing Science (1974). Known as a successful entrepreneur, an outstanding humanitarian and a philanthropist, Jaipuria is the promoter, chairman and managing director of Cosmo Films, a public-listed company with an annual turnover of approximately USD 300-million.

The company has its manufacturing locations in Aurangabad (Maharashtra) and Vadodara (Gujarat) in India, and in Asan, South Korea and Hagerstown, USA, with offices spread across all metro cities in India and Tokyo, Japan. The company exports its products to over 80 countries across the globe. He is also the promoter and chairman of Cosmo Ferrites, a public-listed company, which manufactures and exports soft ferrites in India.

Jaipuria received the Outstanding Achievement Award in 2013 at the second Speciality Films and Flexible Packaging Conference, conferred by the Chemicals and Petrochemicals Manufacturers Association, Mumbai. He was also named in Best under a Billion, Forbes Global 200 Best Small Companies for 2003 by the Forbes magazine. He was also conferred with the UdyogRatna Award by the Government of Himachal Pradesh.

The culture of innovation
“We don’t punish our employees for their mistakes. We ask them to analyse their mistakes – how it happened, why it happened and that it should not be repeated,” he says. “Our industry friends are very happy to hire people from Cosmo with a substantial hike. If you have such a reputation in the market, it gives you a sense that you have done something right.” 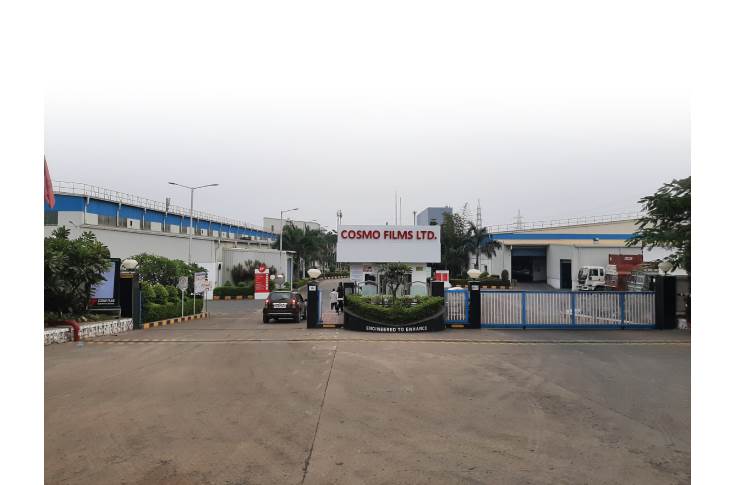 The business mantra
“New players have entered the industry in the last few years. Meanwhile, existing film manufacturers are also increasing their capacity. The kind of opportunities we have today, we could not even imagine 10-15 years earlier. There will be more and different kinds of opportunities in the next 10 years,” he says.

Giving the example of how Cosmo Films started, Jaipuria says that when he started the company, his ambition was to cross the Rs 600-crore mark in the next 10 years, because it was the turnover of the group owned by his family in 1979 (Kanpur, Uttar Pradesh-based Swadeshi Cotton Mills, which was later renamed Swadeshi Polytex and Swadeshi Mining and Sugar Mills). “It went off well. Our value system was strong from day one. We were clear that we will not do injustice with anyone,” he says.

However, the pandemic was especially a trying time for him. “I was concerned about our employees and their families. I used to have a weekly dashboard that stated who is suffering from Covid and what his/her requirements were,” he says. “First, we took care of our people, and then the business. Technology helped a lot. Logistics was a pain, as trucks were not available. Another concern was the unavailability of raw materials. The pandemic made health a priority for all of us. It is a good development. Hygiene has become a norm. This has increased the demand for packaging,”
he adds.